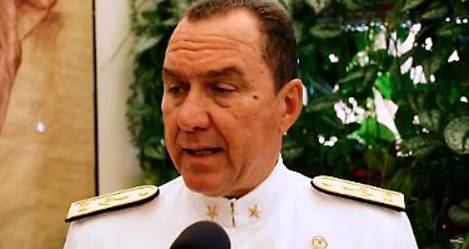 Italy has repealed the Matteo Salvini´s immigration decree, also reducing fines to NGOs to ridiculous amounts. What other measures has the Italian government taken?

The new immigration decree (not yet a law) intervenes on the sanctions relating to the ban on the transit of ships in the territorial sea. For rescue operations, the prohibition will not apply if there has been communication to the Coordination Centre, the Flag State and the instructions of the competent Authority for search and rescue at sea are respected. In case of violation of the prohibition, reference is made to the current regulations of the Italian Navigation Code which provides for a ridiculous fine of between 10,000 and 50,000 euros. The administrative penalties introduced previously are eliminated. Still about the legal status of foreigners, the new decree on immigration and security also addresses the issue of the convertibility of “residence permits” issued for other reasons into “work permits”. To the categories of convertible permits already provided, are added those of special protection, calamity, elective residence, acquisition of citizenship or statelessness, sporting activity, artistic work, religious reasons, and assistance to minors (!).

As regards the international protection of foreigners, the current legislation prescribes the prohibition of expulsion and refoulement if the repatriation entails the risk of torture for the person concerned. With the new immigration decree, the risk of foreigners being subjected to inhuman or degrading treatment is added to this hypothesis and their expulsion is prohibited even in cases of risk of violation of the right to respect for their private and family life. In such cases, the issue of a residence permit for special protection is envisaged.

What consequences have these measures had on the Italian coast?

The traffickers of human beings have identified Italy as the “soft underbelly” of Europe and have intensified their criminal business by sending many more illegal immigrants to the Italian coasts than in the past year, with an exponential increase in deaths at sea. The percentage of landed in 2020 compared to 2019 has tripled (to date there are 30,466 vs 10,422), even exceeding 2018, in the middle of the Covid pandemic. It should be emphasized that one of the most numerous ethnic group that land in Italy is the Bengali, where each person pays up to 30,000.00 euros, coming from Asia through flights to Libya and then to Italy by sea. I expect a winter, but above all a spring of great influx of illegal immigrants, never seen before. It will be a difficult 2021 for Italy and for Europe.

Matteo Salvini is on trial for his efforts to stop illegal immigration when he was interior minister. What do you think of this trial?

It must be said right away that the Honorable Minister Matteo Salvini is innocent in that he respected the international rules of rescue at sea, the UN Law of the Sea as well as the European agreements for the relocation of illegal immigrants. Even the European Court of Human Rights itself recognized the no need to disembark illegal immigrants in Italy during the Rackete case and subsequent ones. Now we are experiencing the paradoxical situation that Italians are locked up at home and businesses cannot work due to the pandemic lockdown while illegal immigrants find the ports open and travel to Italy without any respect for health and hygiene regulations.

You have written an open letter to the Spanish and German ambassadors in Rome, Alfonso Dastis and Victor Elbling, regarding the activities of the NGO ships Open Arms and Sea watch. You have reported that they commit numerous crimes and violations of international norms. What crimes and violations are you referring to?

Slave NGO ships increase the criminal trafficking of human beings by placing themselves near the Libyan coast and acting as a “pull factor” for smugglers who know in real time, through the Internet (AIS) and Alarm phone, the routes and the position of NGO ships. After that they send the boats of illegal migrants who pay to be taken alongside the NGO ships. These ships do not meet international standards of rescue at sea as they do not comply with the SAR area coordinators directives, not tranship migrants recovered onboard in Malta or Tunisia that is, in places of safety closer, but head towards the Italian coasts, holding back aboard illegal migrants for dozens of days. Consequently, they do not even comply with the EU Dublin Regulation as, pursuant to Article 13, it is the Flag State of NGO ships responsible for the international protection of illegal migrants and asylum application procedures, not Italy. So, for OPEN ARMS the EU Member responsible is Spain and for SEA WATCH it is Germany. Furthermore, these ships do not comply with the Italian Navigation Code, the standard safety regulations for SOLAS and the MARPOL marine environment protection regulations. In short, a series of national and international crimes of no small importance. If the Spanish and German governments consider the recovery of these “paid castaways” a good deed that makes them feel right with their radical chic left conscience, then let them fully conclude their work by opening their ports or airports. For example, OPEN ARMS can quickly reach Palma di Majorca instead of stopping in front of Italian territorial waters waiting for a landing in Sicily.

Did you receive any reply from the ambassador or their governments?

I have spoken several times with the Chief Political Office of the German Embassy in Rome, Herr Grogro, with whom I was able to understand (but not share) the position of the German Government. On the other hand, I did not have the privilege of having any contact with the Spanish diplomats in Italy who have always refused confrontation. I hope soon to hold a protest in front of the Spanish embassy in Rome, like already done in front of German embassy.

What is the current situation of the NGO ships in the Mediterranean?

The operational base of the main NGOs is in the Spanish port of Burriana. From here they organize missions to bring migrants to Italy. The five ships Alan Kurdi, Open Arms, Sea Watch 3, SW 4 and Louise Michel have chosen as their base of operations this town 60 kilometres from Valencia, which has now become the port of the slave ships of XXI Century. Encouraged by the special permit granted by Mónica Oltra, vice president of the “Generalitat Valenciana”, they can dock without paying commissions. But not without problems and complaints from the dockers, as reported by the Castellón Information site: “They do not respect the safety, docking and consumption protocols. The crew members do not wear masks, do not keep safe distances, accumulate garbage on the pier and consume water and electricity “. After disembarking in Sicily about ten days ago 250 illegal of which numerous infected with the Coronavirus, the Spanish OPEN ARMS is now in quarantine with all the crew in Trapani until November the 28th. The Norwegian OCEAN VIKING temporally stopped for safety and environmental irregularities in Porto Empedocle (Sicily).

In an interview at the end of July, you reported that former IS combatants were arriving in Italy from Tunisia. The terrorist attack in Nice was taking place in November. Immigrants affected by Coronavirus are also arriving. How is this blindness possible by European governments?

I believe that, unfortunately, the globalist and anti-European ideologies are at the basis of the methodology of governing by numerous European States such as in Italy and Spain. The managerial inability of the migratory phenomenon and the incompetence of some Ministers lead to predicting a medium-term catastrophe in our Countries, both social, identity, terrorist and economic. The European peoples who honestly believe in a great Europe cannot yet bear these conditions which clearly erode their sovereignty in favour of a false and hypocritical do-goodness, harmful to us and to the next European generations. But I would like to be optimistic, I believe that soon peoples of great culture and history such as the Italian and Spanish will be able to recognize that uncontrolled illegal immigration can only harm our societies, the development and well-being of our families, our children. There will soon be a democratic recognition of the parties that believe in the identity, sovereign, traditional values of a Europe of peoples.

The Canary Islands are suffering a massive influx of illegal immigrants, and there is already talk of a new Lampedusa. VOX has unsuccessfully called on the Spanish government to use the Navy to stop the mafias. What measures do you think needs to be taken to curb illegal immigration?

As I am telling my Government, it is not enough to pay millions of euros in border control equipment to African Countries. Spain is doing it with Morocco, Senegal, Mauritania, Mali, and others. It is necessary to intervene with a European naval task force that collaborates with the local Naval and Police forces within the territorial waters of those Countries to block the departures of illegal emigrants from the coasts, obviously after sharing this type of action with African Governments and UN. It is necessary to convince these African governments to collaborate in this sense also with mass repatriation by sea using moral suasion, economic pressures, commercial constraints as well as in military cooperation, if any.

Ammiraglio NIcola De Felice – Senior Fellow of the Centro Studi Machiavelli, Rear admiral upper level (retired). Former commander of destroyers and frigates, has held important diplomatic, strategic, financial and technical assignments for the Defense and Navy Staffs, both at home and abroad, at sea and on land, pursuing the application of capabilities aimed at making the Italian and European defense and security policies effectives. He was the Italian Defense Attaché in Tunisia from 2007 to 2010, so he knows well the problems of the Maghreb. His last assignment from 2015 to December 2018, which ended his active service, was the naval command of Sicily. 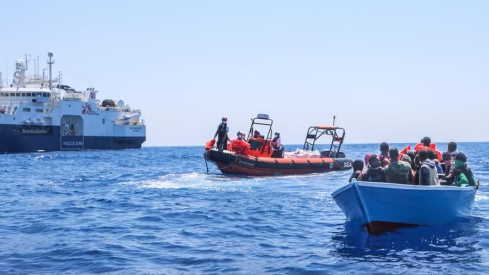 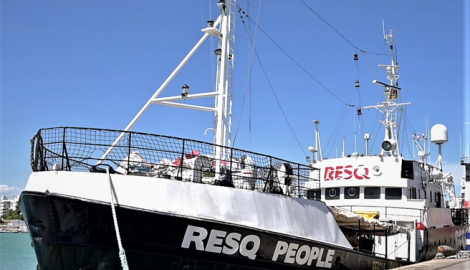 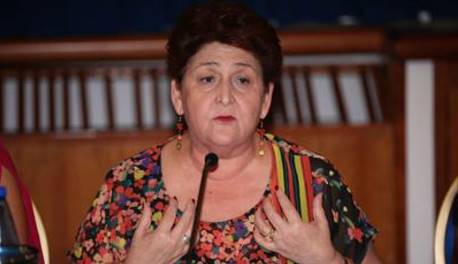 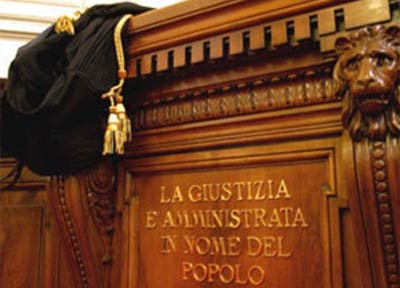 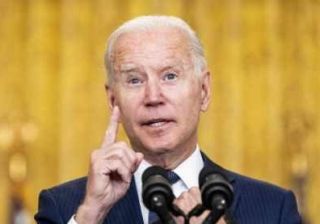 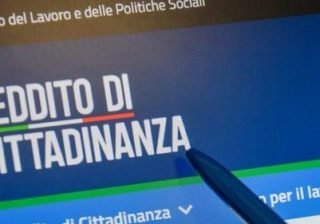 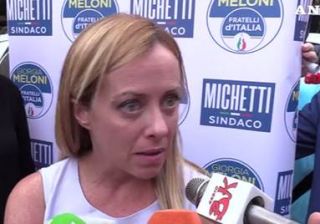